The goddess Maat was represented by a woman with her head decorated by a feather that represents the symbol of her name in the hieroglyphics.
Maat is the incarnation of justice.
She was daughter of “The Sun God” Ra’s, to whom nothing slips and the pharaoh’s father, and she also dispensed justice.
It was to the goddess Maat that the king made offers during the “divine cult”, and it was her feather that was the counterbalance of the heart on the balance questioned by Anubis during “Osiride’s judgement”.
During the Ancient Reign, the judges were “Maat’s priests”, even the visir when he was called to perform judicial functions, became “Maat’s priest”.
Justice and Truth
Maat also represented the universal order, the law thanks to which the world lived in harmony, the force by which Ra’s creation, did not fall back in the primordial chaos. 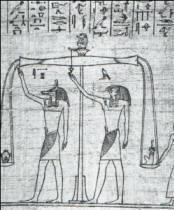 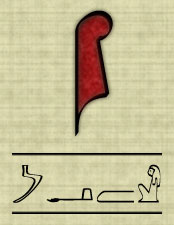